The M-134 North Huron Scenic Byway website provides a cohesive look at the communities along M-134, providing guides to the many activities and sites along the road.

During 2006, a group of stakeholders from Clark Township gathered to discuss the potential for developing a nonmotorized pathway between Cedarville and Hessel. From these discussions grew a much larger and collaborative effort, now known as the North Huron Scenic Pathway. The proposed pathway would run from downtown St. Ignace to Drummond Island, spanning over 70 miles. The Pathway committee, composed of volunteers and local government officials, began meeting monthly to discuss strategies for developing this pathway. By the spring of 2007 the committee had identified the completion of a Preliminary Engineering Study as the first step toward pathway development. This study was completed in May of 2008 and provides the Committee with preferred and alternate route locations as well as detailed engineering specifications, including cost estimates for segments of the pathway. Throughout the process of developing this Study, which was completed by Rowe, Inc. the Committee also began to fully realize the numerous recreational opportunities along M‐134, a segment of State highway which had long been locally contemplated as a Heritage Route. Once the Preliminary Engineering Study was completed, many of these same stakeholders reconvened to begin the pursuit of Recreational Heritage Route Designation for M‐134 from its starting point at Interstate 75 to the Townline Road and M‐134 (Four Corners) on Drummond Island. 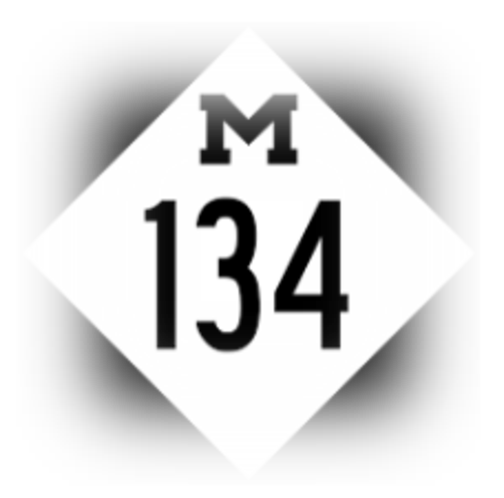 Find yourself on a road less traveled.

This Michigan State Road begins 15 miles north of the Mackinac Bridge off I-75 in the Upper Peninsula of Michigan, and extends east approximately 50 miles, to the "four corners" of the ever popular Drummond Island.

This 50 mile journey will take you through four communities, (Hessel, Cedarville, DeTour Village, and Drummond Island), will offer you thousands of miles of off road trails, hundreds of acres of land to explore, a ferry boat ride, and dozens of cultural experiences, not to mention miles of shoreline along Lake Huron and the St Mary's River; all from one byway:  EXPLORE M-134.